Each year the first moonth of spring—its initiating moment is the new moon’s arrival overnight from the 11th to the 12th, exact at 10:30pm ET on the 11th— invites us to contemplate power as we walk the path of the Emperor, the 4th card of the Major Arcana. Also known as the Chief, Builder, or Sovereignty, for example, this wisdom figure when working from their greatest potential recognizes the source of their power and yields to it in service of the Whole. 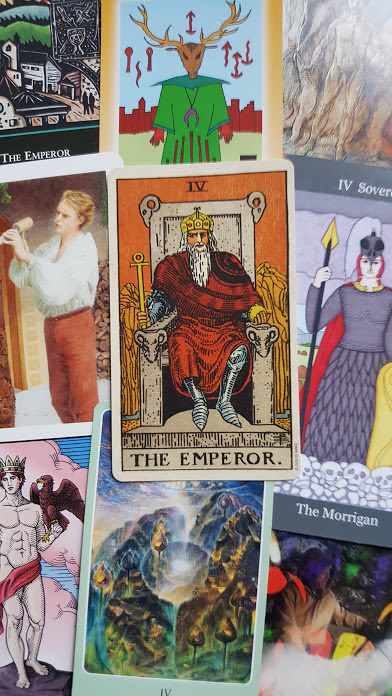 This year’s path of power is shaped by its passage through the landscape and symbols of the 4 of Wands. In the iconic Rider Waite Smith image, two festive figures ahead of a crowd—perhaps it’s a parade—approach the four wands arranged to hint at a structure, but there are no walls. The “ceiling” is indicated by a garland of leaves and flowers, but creates little separation between the earth and sky. This structure is temporary, making its existence fleeting, but also easy to move and re-create. 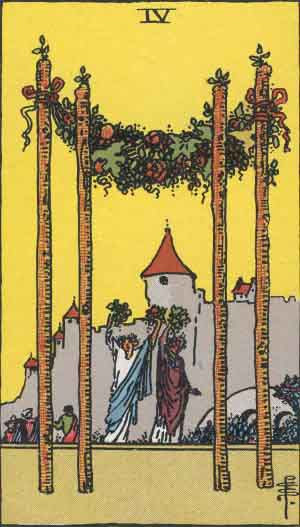 The 4 of Wands’ open walls, temporary nature, and maneuverability reflect an understanding of power different from what I have experienced in mainstream culture. The messages I’ve received—how ‘bout you?—are that power is limited so to be grabbed, held on to, and defended in the form you receive it. If you let go, you’ll lose it.

As I’ve been contemplating this 4 of Wands power, I’ve also been reading Grieving While Black by Breeshia Wade (Especially for USAers, I highly recommend this book for opening your heart up to our current reality in this country. It’s only 165 pages, but it is the kind of book that you ponder and meditate on rather than speed through.) In chapter 6, she explores power, and writes:

Though we have perverted the use of power into something that we own and wield over and against other beings, power cannot be possessed any more than life can. We are conduits of power, not owners of it. Power is a force that flows through us in any given moment. It wields us, and through it, we respond to what is in front of us.

In this vision of power, our power grows because we are constantly releasing it. In flow, we don’t hold on, but instead open to receive but then let go, passing the power on. Once we’ve let go, we are open to the next wave coming to fill us. In this vision of power, a scarcity mindset and need to control are replaced with a dynamic relationship to the flow of power.

Flowing power contains everything so to swim in it we must receive and pass power to our fellow human beings but also to nature and even the celestial bodies. Yes, I think, opening to new moon energies, developing them through the full, and releasing into the dark can be a beneficial practice for cultivating 4 of Wands power. Just think of what it would be like if every 28 days, politicians, or white folks, for example, consciously passed something of their power on to another. Ah, I can dream; we are in the realm of the moon after all.

This moonth we are invited to give extra attention to how power flows between us and the earthly, natural forces by our posture card associated with the new moon moment: the King of Pentacles or, as this wisdom figure is known in the Herbcrafter Tarot, the Curandera of Earth. 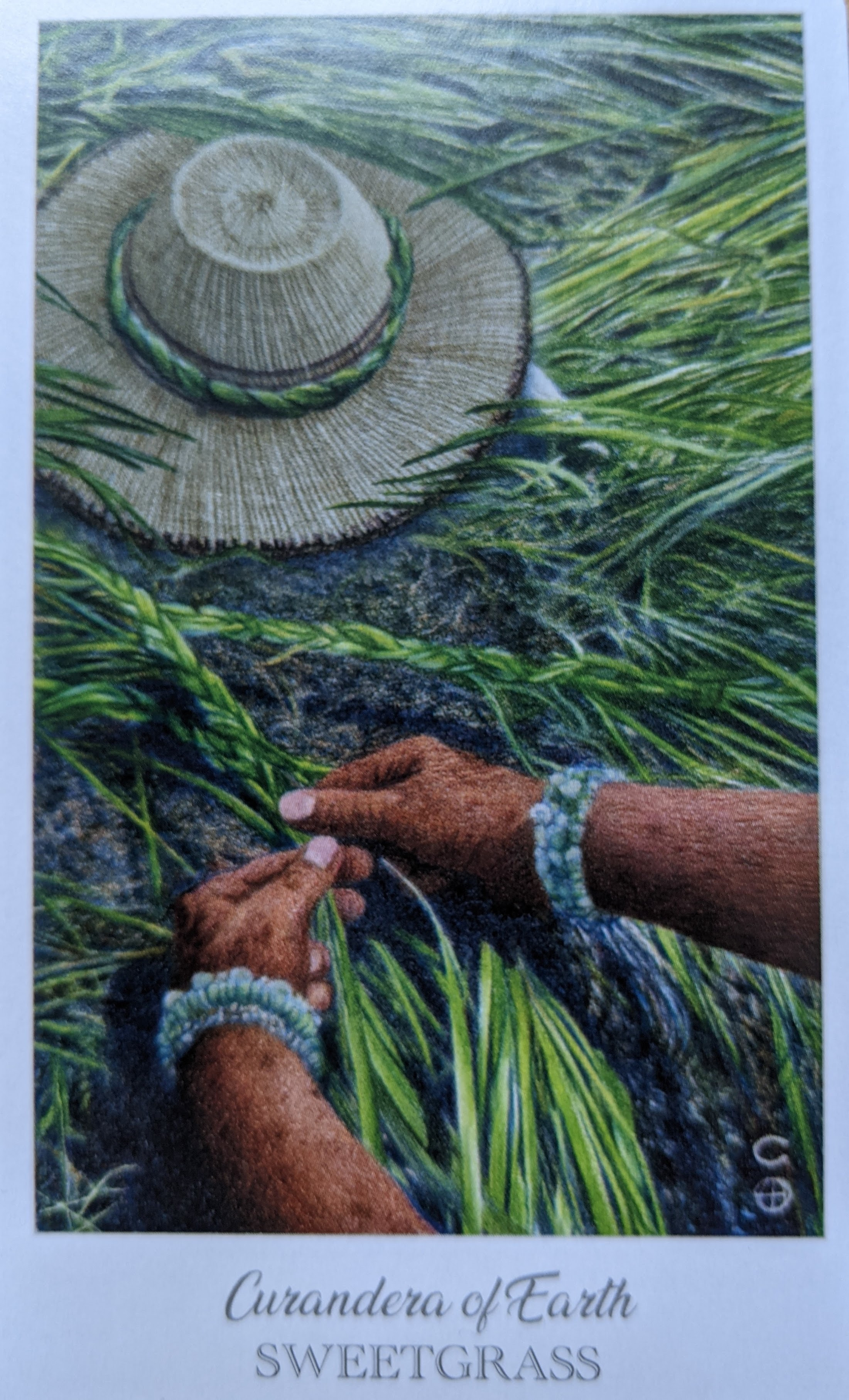 Deck creators Latisha Gutherie and Joanna Powell Colbert describe the work of this wise one and suggest how we can walk in her footsteps: The Curandera of Earth knows that when we share the sweetness of life with another, all may thrive. She brings attention to the rich bounty that nature provides. She instructs us: Braid together love, health, and wealth—then give it away.

This moonth’s questions for reflection / reading are offered to support your being a conduit of power:

POWER: What power desires to flow through me?

RECEIVING: How can I open to receive this power?

RELEASING: How can I let it go?